HENDERSON, Nev. William C. Wortman, co-founder and principal of Cannery Resorts, and Hannah Brown, retired business executive and immediate past president of the Urban Chamber, recently joined the Nevada State College’s Foundation (NSCF) Board.
Both Mr. Wortman and Ms. Brown bring a tremendous amount of experience with them to the NSCF Board. 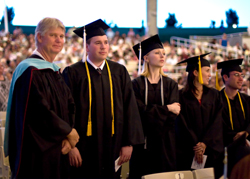 William C. Wortman is a founder and principal of Cannery Casino Resorts, LLC, a limited liability corporation that owns the Cannery Casino & Hotel, the Rampart Casino and the future Eastside Cannery Casino & Hotel. Wortman developed his casino experience during his tenure with Caesars World, Inc., parent company of Caesars Palace and Caesars Tahoe and as an owner/operator of several local casinos over the past 20 years.
His career with Caesars began in 1978 when he served as financial controller for Caesars Palace. He later worked with Caesars World management to develop financial controls and internal policies to meet New Jersey gaming requirements for the Atlantic City project, Caesars Boardwalk Regency. As chief financial officer for Caesars Palace, Wortman’s duties included all financial responsibilities such as credit policies, cage activities and financial transactions, all in accordance with Nevada gaming regulations.
Wortman became vice-president of administration for non-gaming departments at Caesars Palace. He launched Caesars Palace as an events center with international appeal. The Muhammad Ali vs. Larry Holmes heavyweight fight was the first in which Caesars competitors used the event to market to their clients. Wortman later transferred to the Lake Tahoe property as president and chief operating officer. At that time, a Far East marketing department was launched at Caesars Tahoe to develop a high-level Asian player base. As the senior executive, Wortman traveled extensively to Hong Kong and Southeast Asia to develop premium player business for the Tahoe property; market share doubled as a result. His experience has provided an in-depth understanding of the highly competitive high-roller market and Caesars World became the industry leader.
In 1983, Wortman purchased an interest in two Fallon, Nev. properties, the Fallon Nugget and Bonanza Inn, both of which became successful and profitable entities. In March 1985, he purchased a substantial equity position in the Nevada Palace Casino & Hotel in Las Vegas and assumed the management and operational duties for the property. As Nevada Palace’s executive in charge, Wortman gained extensive knowledge of the Las Vegas locals 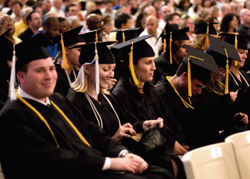 Through their research, Krystal-Lynn, Velanie and Carey sought to find if the language describing reproduction has changed since Dr. Martin conducted her research in 1991. At the Pacific Sociological Association Conference in April, they put their findings on display in a poster presentation.
Undergraduate research opportunities are a powerful complement to classroom learning because they allow students to answer many of the questions that they will face throughout their lives, says Liberal Arts and Sciences Dean Erika Beck.
She adds, Debates that range from climate change to the use of psychotropic medication all require an understanding of research methodology and appropriate interpretation of data.
With regard to mathematics, NSC students have had the distinction of presenting research at the Joint Mathematics Meetings in Washington D.C. Dr. Wong explains, most student research begins with a mathematical question or interesting observation. From there, you can find patterns and try to figure out why they happen, he says. These mathematical problems exist everywhere from video games to traffic lights, juggling and even card tricks.
Dr. Edwin Price, Assistant Professor of Environmental Science, closely mentors students studying environmental science as they conduct their undergraduate research. Last year, several environmental science students developed and worked on a landslide project, which resulted in a poster presentation. Currently, students are researching the origins of the new springs that are near the Henderson entrance of the Lake Mead National Recreation Area.
The methodology of the students under Dr. Price’s tutelage is to approach the research as if it were a real-world project, as they create a health and safety plan as well as a sampling and analysis plan. Students then utilize the equipment to measure and then critically analyze the findings. Dr. Price points out these types of research projects enable students to practice techniques and possibly give them a competitive edge as they seek jobs or apply to graduate school.
NSC’s undergraduate research affords students the unique opportunity to make their own academic discoveries, while setting them on a path of life-long learning. It’s all about being willing to have fun with what interests you, says Dr. Wong.

By Jess Kusak
High School students from Basic and Eldorado High Schools participating in the Upward Bound Program at Nevada State College recently had the once in a lifetime opportunity to explore our nation’s capital.
The 30 students spent one week in Washington D.C., Virginia, and Maryland, visiting numerous colleges and universities including George Washington University, Howard University, The College of William and Mary and the University of Maryland College Park. These visits allowed the students to get a first-hand look at the wealth of educational goals they could strive for in the future.
I now have a better idea of what college is like, instead of just looking at what brochures show me, said Emilio Mijares, a 10th grade Basic High School Upward Bound participant.
For Emilio and many of the student participants, this trip held additional significance, as it marked their first time venturing beyond their local surroundings, I never knew what life was like outside of Nevada, continued Emilio.
Being amongst college students from different walks of life and cultures afforded the Upward Bound students an opportunity to embrace new experiences, which will remain with them throughout their lifetimes.
The learning and enrichment did not simply end with the college and university tours students also took in the bountiful history of Washington D.C., touring a variety of sites including the American Indian Museum, the Holocaust Museum, the U.S. Capital, and the Washington Monument.
Beginning in the Spring of 2008, the TRIO Upward Bound Program has been instrumental in fostering the growth of local high school students.
Nevada State College and the TRIO Upward Bound Programs provide holistic educational opportunities to high school participants who are serious about educational pursuits beyond a secondary education, said Kimberly Williams, Director of TRIO Upward Bound at Nevada State College.
Nevada State College was able to begin the program after being awarded two Upward Bound pre-college grants from the United States Department of Education. This funding allowed NSC to implement one Upward Bound project per high school, which specifically target Basic High School in Henderson and Eldorado High School in Las Vegas.
Upward Bound helps you with everything you need to know about colleges. The classes and tutoring provided prepares us, so we can reach our goals, said Tami Schroerlucke, an 11th grade Eldorado High School Upward Bound participant. In addition to mentorship from NSC Upward Bound Program staff, students learn and share experiences with one another. Says Tami, I’ve made a lot of friends this year.
Through the duration of the grant’s four-year span, the TRIO Upward Bound Program at NSC will reach out to 100 low-income, first-generation and disabled students at the two partner high schools. The program’s goal is to serve to educate and empower students, providing them with the necessary skills to go on to attain a baccalaureate degree following high school graduation.