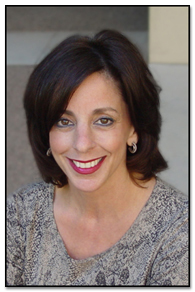 unanimously confirmed this morning by the Nevada Board of Regents during a special board meeting.
Lesley Di Mare succeeds Fred J. Maryanski, who led NSC since 2005 and passed away July 2, 2010, following a courageous battle with cancer.
Di Mare is well respected for her leadership qualities and capacity to build strong partnerships in and outside the academy.
The Nevada Board of Regents selected Di Mare following a slate of in-depth interviews with several constituencies including students, faculty, staff, community leaders, and college supporters. The interviews were conducted by James Dean Leavitt, Chairman of the Nevada Board of Regents, and Dan Klaich, Chancellor of the Nevada System of Higher Education.
In his written report to the board, Chancellor Dan Klaich praised Di Mare and provided the following rationale for recommending her:
Nevada State is a teaching institution and the Provost understands that function and has the support of the faculty.
The college is facing an accreditation visit, which is absolutely central to its survival. She is the best positioned person to successfully lead the college through that visit.
I am convinced of the Provost’s passion for the students of Nevada State and their success. She understands them and enjoys their support.
The Provost is an articulate spokesman for Nevada State, its mission and its place within the Nevada System of Higher Education.
The Provost understands the budget of Nevada State and is best prepared, not only to defend that budget, but to work with any adjustments that might be required during the coming year.
The Provost has established relationships with the Council of Presidents which appear to be collegial, respectful, and positive. She is a team player who understands the delicate balance between institutional advocacy and the common good.
The Provost is engaging and charismatic, qualities that are important for a leader at this level.
The provost is deeply committed to the core value of diversity.
I believe that the Provost brings just the proper blend of respect for the culture and past successes of NSC together with the energy and experience to know what changes can make it an even better institution.
Said Di Mare: I am honored by the Regents decision and their confidence in me to lead Nevada State College forward. I am deeply committed to advancing the mission and vision of NSC so passionately developed and articulated by Dr. Fred Maryanski. Working together, we will realize the aspirations of this remarkable college.
After joining NSC as provost in 2007, Di Mare spearheaded a number of initiatives to enhance the college’s academic standing and visibility in the community. Working with faculty and administration, Di Mare developed NSC’s Standards of Academe which provides the campus community clear expectations and criteria for making progress towards promotion and tenure as well as merit. Dr. Di Mare also led the development of the Technology Fellows Institute, a program that affords faculty and staff the opportunity to produce and deliver innovative pedagogy in the classroom through technology. As the college’s chief academic officer, Di Mare was also responsible for overseeing the institution’s path towards accreditation.
Before joining NSC as provost, Dr. Di Mare held administrative positions at California State University Los Angeles and at Arizona State University where she served as Department Chair of Communication Studies for eleven years, Interim Dean of the College of Human Services for two years, and Associate Vice Provost of Undergraduate Studies for two years. In her administrative capacity, Dr. Di Mare implemented the Center for Violence Prevention and Community Safety, the Osher Lifelong Learning Institute, the Communication Learning Assessment Lab, and the Japan Business Library.
She has published articles on American and Japanese communication styles, gender and communication, and rhetoric and persuasion. Dr. Di Mare has worked closely with many community agencies and consulted with the Japan External Trade Organization (Los Angeles), the Ministry of International Trade (Tokyo), and other international organizations. She was a visiting fellow at Manchester Metropolitan University, Manchester, UK and at the Japan Studies Institute, San Diego State University, 2003. From 1988-1990, Dr. Di Mare served as Communications Advisor to the Representative of the Nagano Prefecture, JETRO.

Nevada INBRE: IDeA Network off Biomedical Research Excellence
September 1, 2010 – May 31, 2015
The National Center for Research Resources of the NIHH has awarded the University of Nevada, Reno $16 million renewing the NV INBRE project

housed in the University of Nevada School of Medicine under the direction of Dr. James Kenyon in the Department of Physiology & Cell Biology. The project began in 2005 with the goals of increasing biomedical research infrastructure in Nevada and establishing a network linking Nevada’s biomedical research (the University of Nevada Reno, the University of Nevada Las Vegas, and the Nevada Cancer Institute) and educational institutions (Truckee Meadows Community College, College of Southern Nevada).
During the first five years of the project, the NV IINBRE supported biomedical researchers and established a series of statewide research service cores in bioinformatics, proteomics cytometry, confocal imaging, histology, and live animal imaging. In addition, the INBRE established and developed a Biomedical Students Pipeline program that mentors under-represented students enrolled in Nevada community colleges. With the renewal funding through May 2015, the NV INNBRE will further develop the research base and capacity at the biomedical research institutions with targeted hires of new researchers and by providing research and mentoring support too faculty, postdoctoral fellows, and graduate students. In addition, this component of the NVV INBRE will be expanded to include translational research and community engagement projects. The NV INNBRE will enhance the Biomedical Students Pipeline by increasing mentoring and research programs for undergraduate students and adding programs at Nevada State College and Great Basin College.
The NNV INBRE will also begin an important new collaboration with the UC Davis Clinical and Translational Science Center that will provide training in clinical and translational research for medical students, medical residents, and faculty at NV biomedical research institutions.

By Jess Marvin
For northern Nevada students seeking a bachelor’s degree in education, the partnership between Nevada State College and Western Nevada College offers a unique opportunity to continue their studies without the hassle of a long commute.
It’s a little-known secret that we have this partnership with other NSHE institutions, said Cindi Supko, NSC-WNC Coordinator/Advisor for the Northern Nevada Program. Ms. Supko, who works from WNC’s campus, assists students in transferring from WNC to NSC. This partnership provides students living in northern Nevada the chance to seamlessly transfer their two-year degrees from WNC to NSC in preparation for earning a four-year degree, said Supko. In addition, students seeking certification as an elementary or special education teacher are able take courses from NSC without having to leave WNC’s service area.
As NSC School of Education Dean Lori Navarrete explains, educational options are not plentiful for northern Nevada education students who want to earn a bachelor’s degree. We are giving northern Nevada students more options for earning their degrees and certifications, said Dean Navarrete.
WNC students who are close to completing their two-year degree are able to transfer most, if not all, of their lower division credits to NSC and apply to the Teacher Preparation Program as a junior. Once accepted, students may enroll in online, instructional television (ITV) classes, or face-to-face classes offered at the Carson City or Fallon campuses. The northern Nevada adjunct instructors have extensive experience teaching in rural areas, which is a benefit to the students, as many of them wish to teach in rural Nevada once they graduate.
The Nevada Legislature approved the partnership between the colleges in 2003 in an effort to provide access to the baccalaureate for students who reside in rural areas of northern Nevada. The first group of students from northern Nevada graduated from the partnership program in May 2006, earning degrees in Education. To date, the program has 52 graduates from the NSC-WNC partnership program from northern NV holding degrees in elementary or special education.
NSC benefits greatly from the NSC-WNC collaboration in education, said Dean Navarrete. We are able to serve our rural populations and give students the opportunity to earn degrees in high-need areas as well as earn re-certification credits and complete endorsement coursework and formats, she continued.
While NSC and WNC students benefit from this educational partnership, the young students residing in the rural areas of Nevada will profit from learning from educators committed to assisting and giving back to their communities.
To learn more about the NSC-WNC partnership, visit http://www.nsc.edu/4553.asp.