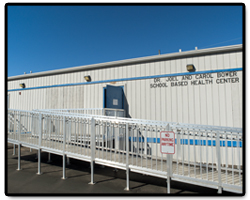 Center (SBHC) to fund its Asthma Case Management program. This contribution, which will be used to treat children with asthma, is one of several contributions from the Catholic Healthcare West Community Grants Program that the health center has received over the past several years. The School Based Health Center serves low income and under-insured children in Henderson. Since opening, the center has served over 5,000 students primarily from at-risk schools.
The Dr. Joel & Carol Bower School-Based Health Center provides much-needed health care for the school children of Henderson, said Rod Davis, president and CEO of St. Rose Dominican Hospitals and senior vice president of operations, CHW Nevada. As a member of the Catholic Healthcare West system, we’re proud that we have been able to provide help in the form of grants since 2008 to help the center fulfill its mission of providing free health care for Henderson students who lack access to medical services. The health center, located at Basic High School, was founded as a cooperative program between NSC and the Clark County School District in 2003. Nevada State College’s School of Nursing, under the leadership of its nursing director and nurse practitioners, plans and delivers primary care for children 4 to 19 years of age.
In addition to St. Rose Dominican Hospitals generous contribution, this year’s Leadership Henderson Class of 2012, a leadership program provided by the Henderson Chamber of Commerce, has named the health center as its leadership project for the upcoming year. 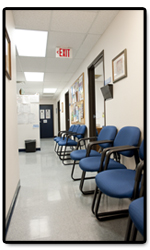 Starting this month, the Leadership Henderson class will begin developing a business and marketing plan to financially sustain the Dr. Joel & Carol Bower School-Based Health Center.
We opened the center as a way to provide high quality, accessible health care to all children in Henderson schools, especially the uninsured, underinsured, and vulnerable populations, said
Dr. Joel Bower, who, in partnership with Nevada State College (NSC) and the Clark County School District (CCSD), founded the Health Center in honor of his wife Carol. Without a school-based healthcare facility such as this, students either forgo treatment all together or utilize local emergency rooms for their primary care. Both are systemic problems that we can help solve.
The need for affordable healthcare for Nevada’s residents, and particularly for children in Nevada, is particularly pronounced. According to the Nevada Department of Health and Human Services, 23 percent of Nevada residents do not have health insurance, which is the second-highest rate among states in the U.S. of residents lacking health insurance. Moreover, 17 percent of children in Nevada are uninsured, making Nevada the state with highest rate of uninsured children in the country.
We welcome the expertise of our local business leaders to create a long-term plan that will sustain the center for years to come, said Dr. Sherrilyn Coffman, NSC Nursing Professor, Assistant Dean and Center Director, who aims to have the Health Center self-sufficient by 2015. We’ve touched so 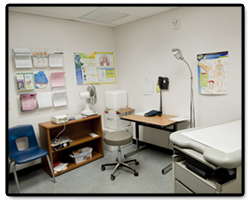 many young lives thus far and I can’t imagine not being a part of the health and wellness of this community. The Health Center is dedicated to treating the whole child and provides primary care, management of chronic illness, health promotion, wellness counseling, treatment of injuries, routine physical examinations, and pre-participation sports physicals.
In the past, the health center has received funding and support from Nevada State College, the Nevada State College Foundation, the City of Henderson, St. Rose Dominican Hospitals, and many other individuals and community agencies, but the state budget crisis and economic downturn has taken its toll. 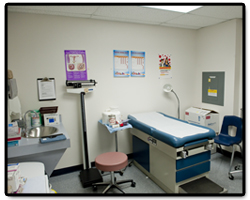 Given the economic uncertainty and continued need for the health services provided by the School-Based Health Clinic, the Henderson Leadership Class of 2012 has stepped up to the plate to develop a plan to make the health center self-sustaining by 2015, said Michael Westra, chairman of Leadership Henderson. The united leadership exemplified by this diverse group of talented Henderson businessmen and women truly demonstrates what it means to be a part of the community.

Nevada State College business students have some state-of-the-art tools to help expand their knowledge of the financial markets and gain a new perspective on the day-to-day global nature of monetary environments. The tools are used to teach Finance 301. But what’s unique about the course is … view complete article.