By Mandi Enger
The Nevada State College Foundation (NSCF) has announced the appointment of Mike Benjamin, president and CEO of Benjamin Enterprises as Chair-Elect of the Board of Trustees along with three new trustees including: Al F. Barry, president and CEO of Nevada Hotel & Lodging Association and vice chairman, Asia Pacific Capital, Irvine, CA; Dane Carter, vice president of Sletten Construction of Nevada, Inc.; and Vicky VanMeetren, president and CEO of Dignity Health, St. Rose Dominican Hospitals, San Martin Campus.
Established in 2001, the NSCF is a 501(c) (3) tax-exempt organization developed to encourage and promote the growth and improvement of Nevada State College (NSC). Additionally, the 19-member foundation receives and administers private gifts in support of the educational, technological, operational, facility and research needs of students, faculty and staff.
The NSCF plays a vital role in fostering much needed support for NSC the fastest growing institution of higher education in the state, said NSC President Bart Patterson. Our efforts include both private fundraising as well as the development of partnerships that can improve and expand our current educational programs. We’re so pleased to have the support, wealth of knowledge and experience that our new chair-elect and trustees bring to the board.
Comprised of various business and community leaders, NSCF board members go through an in-depth nomination, interview, and election process. All members support the foundation’s mission on a volunteer basis.
A NSCF trustee member since 2008, Chair-Elect Mike Benjamin will officially assume his role as chair on Jan. 1, 2013. In this position he will oversee the daily operations of the foundation and guide the board in ongoing strategic initiatives.
Benjamin will be assuming the position previously held by Glen C. Christensen, who will remain an active member of the board. Under Christensen’s leadership over the past four years, the foundation experienced vast growth in all fundraising efforts.
A longtime Nevada resident, Benjamin currently owns gaming, development, and investment companies in Nevada, Utah and Montana. Benjamin is a graduate of California State University at Chico with a Bachelors of Science in Communications and is a Rapport Leadership Institute Masters Graduate.
Trustees Barry, Carter, and VanMeetren will officially join the board on Dec. 1, 2012, serving as ambassadors within the community for both the foundation and the college.
As the president and CEO of Nevada Hotel & Lodging Association and vice chairman, Asia Pacific Capital, Barry holds a Bachelors of Science in Finance, a Masters of Business Administration, Corporate Law Degree, and an active license from the State of California to practice as a certified public accountant.
Vice President of Sletten Construction of Nevada, Inc., Carter currently oversees the day to day operations of the firm. He received his undergraduate and graduate degrees from the University of Florida, School of Building Construction.
VanMeetren presently manages the 750 employee not-for-profit community hospital, St. Rose Dominican Hospitals San Martin Campus, in southwest Las Vegas. She is a licensed registered nurse. VanMeetren received a Bachelor Degree in Healthcare Administration in 1996 and a Masters in Business Administration in 2005.

By Mandi Enger
With the start of the fall semester at Nevada State College (NSC), six senior nursing students proudly began work within the Veterans Administration Learning Opportunities Residency (VALOR) Program offered by the VA Southern Nevada Healthcare System. The highly competitive clinical program allows accepted nursing students to complete up to 400 hours of classroom work and competency-based clinical practice under the supervision of a qualified registered nurse (RN) preceptor.
To apply, nursing students must have completed their junior year, have a 3.0 GPA, and submit reference letters from two faculty members and the dean of nursing. Candidates are then interviewed by a panel prior to being accepted into the program.
The VALOR program requires that students maintain their credit course load while providing opportunities for a paid clinical experience, said retired Air Force Lt Col Beverly Canfield, a current lecturer in the school of nursing. The Veterans Administration (VA) is an organized healthcare system that provides a supportive environment for healthcare workers.
A national program, VALOR additionally works to retain nurses within VA facilities.
Our veterans deserve the best and NSC School of Nursing graduates students who are well-trained and give quality care, continued Canfield. It’s a win-win situation. Many students go on to have life-long careers in the VA system.
Sarah Day, a senior in the NSC nursing program, was accepted into VALOR and started the program in early July. Working in the program full-time during the summer and taking on several shifts each week throughout the fall semester, Day has built confidence in her skills and patient care that will be beneficial post-graduation.
I started out on mental health as there are a great deal of psych issues for VA patients (specifically post-traumatic stress disorder, depression, and suicide ideation), and I am currently on the med/surg floor, said Day. I believe that having this additional experience on the floor will give me an edge and make me a better contender for potential nursing jobs.
This experience has taught me time management skills, added Jaime Johnston, a second NSC student in the program who plans to apply for a full-time position at a VA hospital post-graduation.
Participants are also given the opportunity to attend nursing-focused seminars, trainings and conferences. During this semester, Day, Johnston and other NSC students have taken continuing education courses on topics including the basic electrocardiogram (EKG), organ donation, ethics in donation, disaster training, and Prevention and Management of Disruptive Behavior (PMDB).
I feel that working as a VALOR nurse apprentice has really provided me with a great opportunity to get into a rhythm and hone my organizational and assessment skills which are imperative for nursing, said Day. I’m fortunate to have been selected for the VALOR program and would encourage any other nursing student to apply for it. The veteran population is extremely genuine, and I am so glad I had this opportunity.
Both Day and Johnston are working to complete their Bachelor of Science in Nursing degrees in December of 2012.
For more information on VALOR or for details on how to apply for the program, please contact the School of Nursing by emailing nursing@nsc.edu.

By Mandi Enger
As part of the Provost Speaker Series, Nevada State College (NSC) welcomed Caroline Sotello Viernes Turner, president-elect of the Association for the Study of Higher Education (ASHE) to campus on Monday, Nov. 19 to speak to an audience of faculty, staff, and students on the topics of 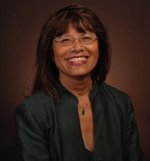 mentoring Latino students and improving student success.
NSC is dedicated to promoting intellectual rigor and professional excellence throughout our campus, said Provost Erika Beck. Becoming a federally designated Hispanic Serving Institution is key to ensuring the success of our entire student body and we are honored to have had Dr. Turner speak at the college to advance these goals.
Turner currently serves as a professor and graduate coordinator for educational leadership at California State University, Sacramento. Additionally, she has published several books including Diversifying the Faculty: A Guidebook for Search Committees, and has been published in numerous journals, including The Review of Higher Education, the Journal of Higher Education, the Harvard Educational Review, and the Journal of Diversity in Higher Education.
Turner’s lecture titled Mentoring Latinas/os in Higher Education: Intentional Cultivation of Talent, focused on the critical conditions that must be met for students to grow and develop. These elements include formal and informal mentoring (between peers as well as faculty), building a sense of belonging within each student, and working with students to develop an understanding of college processes and practices.
According to Turner’s research, many students may feel as though they are visitors at the college and are therefore unable to become comfortable in their new environment due to the lack of materials, administrators, faculty members, etc. that reflect their backgrounds.
It’s important for students to know that they are not guests at the college, said Turner during the lecture. They are owners of their own learning experiences. The longer we wait to foster the talents of our Latino students, the larger the gap will become.
The next event in the Provost Speaker Series is tentatively planned for March 2013.