Did you know that approximately 80,000 undocumented students graduate from U.S. high schools each year?3 Or that Nevada has the highest share of undocumented immigrants (190,000) as a percentage of the population (7.2% compared to 3.7% of U.S. total)?1 Undocumented and DACAmented (Deferred Action for Childhood Arrivals) students face unique challenges on the road to higher education. Over the last two years, the NSC Office of Community Engagement & Diversity Initiatives (CEDI) has taken the lead in our state on helping to increase higher ed access and retention for this unique student group.
Who:  Amey Esparza, CEDI Program Coordinator & Ruby Ortega, NSC Recruiter
What:  Conference Presentation: Serving Undocumented Students
When:  Friday, January 29, 2016
Where:  ACT Conference, UNLV
Why:  NSC is taking a lead in the state on sharing best practices for serving this unique student population 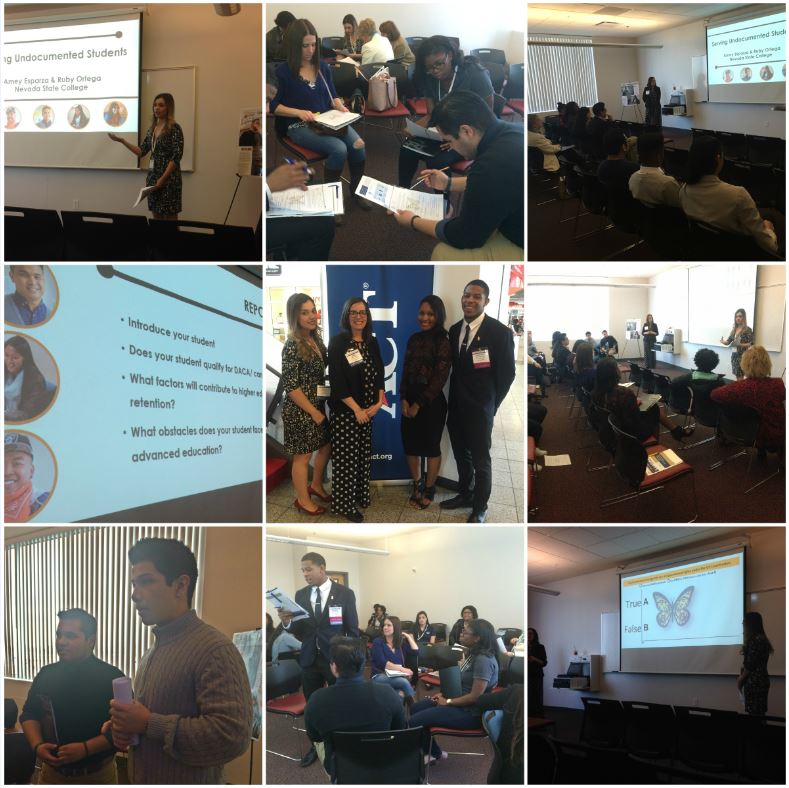 Presentation highlights:
There are an estimated 11 million undocumented immigrants living in the United States. 2
Nevada is one of five states in which at least 1 in 10 children in K-12 schools has a parent who is undocumented. 1
Though limited, there are non-Federal financial opportunities which enable undocumented and DACAmented students to pay for college.
New Millennium Scholarship guidelines allow students with a low GPA to qualify, if they receive an ACT score of 21 or an SAT score of 990.
Frequent day-to-day contact can lead to student self-disclosure.
Best Practices include:
Enter into the experience of the other person
Be a witness, not a judge of experience
Remember that anxiety stems from a fear of rejection or indifference
Active listening confirms that feelings are legitimate and recognizable
Best ways to serve these students:
Create Welcoming and Inclusive Environments
Stay Informed and Educated
Share and Provide Resources
Financial Aid Comparison 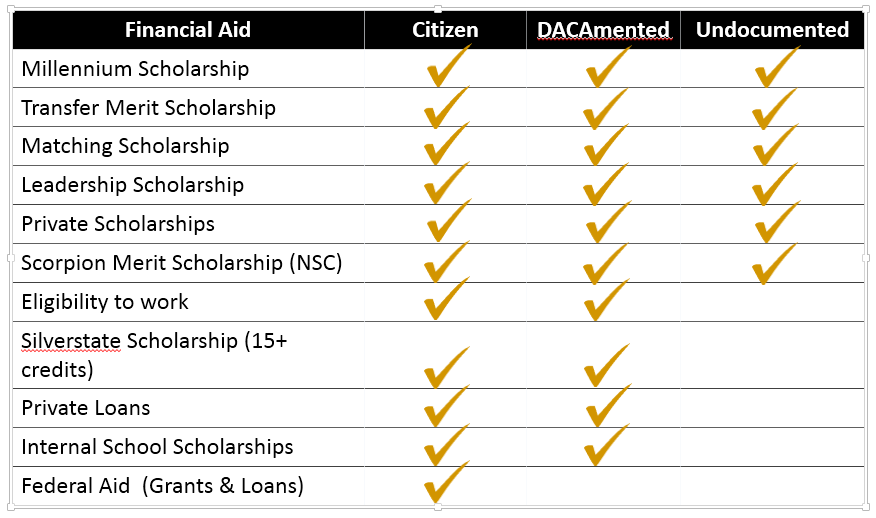