Thank you! Your submission has been received!
Oops! Something went wrong while submitting the form.
Home Academics Jamie Palmer, Ph.D. 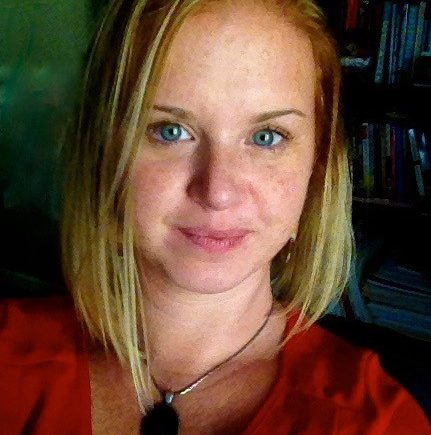 I am a Hoosier native and a Double Dawg (Go UGA!). Originally from Indiana, I grew up in a rural manufacturing town and went on to become the first person in my family to obtain a college degree. I attended Indiana University where I double majored in American Studies and Sociology and triple minored in Spanish, Latino Studies, and Latin American and Caribbean Studies. I was the first student from IU to graduate with a degree in American Studies and in the first cohort of students to graduate with a minor in Latino Studies. I completed two independent research projects and honors theses, one in sociology and one in American Studies, and graduated in four years with Honors in 2008. After earning my Bachelor’s degree, I decided to pursue graduate school to become a professor. I wanted to inspire and support other first generation college students. And I wanted to create new knowledge in areas often erased in the cannon.

After finishing my PhD in 2018, I spent two years at the University of Nevada, Reno as an Assistant Teaching Professor in the Gender, Race, & Identity Program. I worked closely with students interested in Sociology and/or Women’s Studies to support their pursuit of research, attending regional and national conferences, and social justice initiatives. I was the faculty sponsor of the GRI Club and the Young Feminists at UNR, who were awarded the University of Nevada Reno’s Thorton Peace Prize for our work on social justice initiatives on campus. I worked diligently to grow and advocate for social justice on campus in collaboration with community organizations such as the American Association of University Women (Reno), the Washoe County School’s Equity & Diversity Department, and the Nevada Women’s Lobby. My dedication to students and teaching excellence resulted in my nomination, from a UNR student, for the Judy and Alan Bible University teaching award – the highest excellence in teaching across the university. I also currently serve as a McNair mentor and Nevada Undergraduate Research Mentor for a project with Lauren Harvey entitled “Replenishing the Educational Knapsack for Students Affected by Undocumented Immigration: Exploring Institutional Barriers and Resources to College Success” for which Lauren received ten weeks of summer research funding from McNair and an $1,800 grant from NURA.

Since coming to Nevada State College in the Fall of 2020, I have continued to work to achieve excellence as a teacher-scholar. I specialize in sociology of culture, women and gender studies, media studies, qualitative methods, and international relations through an emphasis on world heritage monuments and tourism. My work has appeared in International Sociology, Men & Masculinities, and Teaching Sociology. I have given research presentations at the University of Georgia, University of St. Thomas, Grinnell College, Frostburg State University, Indiana State University, Columbus State University, the Nevada Women’s Lobby, American Association of University Women, and Truckee Meadows Community College. I also serve as a reviewer for prominent journals in my field including: the American Journal of Sociology, the American Sociological Review, Gender & Society, & Men and Masculinities. Currently, I am working on a book entitled Unpacking Empire: Negotiating the US Blockade of Cuba through Study Abroad. I am also currently working on a Scholarship of Teaching and Learning project entitled “Uncovering Hidden Figures” and hope to recruit Scorpion students interested in sociology to assist with the project. As an Assistant Professor of Sociology at NSC, I hope to grow our sociology minor through offering more research and applied learning opportunities for students to gain skills that will support their career goals as well as make them stand out as exemplary applicants. When I’m not reading, writing, or teaching, I’m probably cooking, hiking, or exploring Southern Nevada.