Thank you! Your submission has been received!
Oops! Something went wrong while submitting the form.
Home Academics Paul Buck, Ph.D. 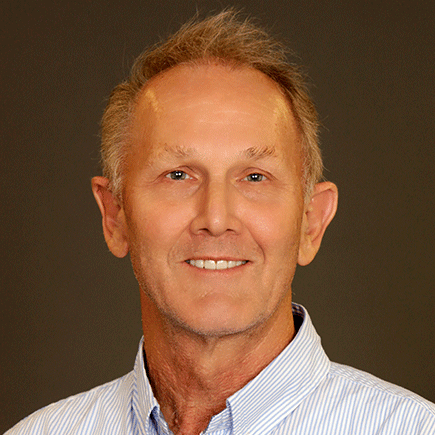 I am an archaeologist and anthropologist, usually teaching introduction to cultural anthropology, introduction to world prehistory, and occasionally the archaeology of Egypt.  I spent 8 seasons conducting archaeological work in Egypt, most recently working with colleagues in the Valley of the Kings near Tutankhamun’s tomb.  I am currently the principal investigator on a 3 year National Science Foundation grant  to recruit and graduate more students  into NSC’s Environmental and Resource Science BS Program.  I have had numerous other externally funded research projects totaling ~$3 million, including sub-pixel detection of archaeological artifacts funded by a 3-year award from NASA. Over the past 20 years, I was principal investigator of numerous other National Science Foundation (NSF), NASA, and U.S. Department of Education grants. My research interests include prehistoric human adaptation to arid environments of western North America, the transition from food collecting to food producing economies in the Southwestern U.S. and Egypt, the impact of technological change on prehistoric cultures, and applications of remote sensing and geoarchaeology to prehistory. In addition to my teaching and research, I have been involved in a number of science education projects and other efforts to promote inquiry in a variety of scientific fields, including the Shadow Ridge High School/Tule Springs Earth Science Education Project, funded by NSF to develop a new earth science honors course based on authentic research for 9th grade students. I previously directed the Nevada Science Teacher Enhancement Project, a three-year in-service teacher training project program funded by the NSF’s Teacher Enhancement Program. I am committed to involving a greater diversity of students in math and science. I have been married for 38 years; my son graduated with a degree in neuroscience from the University of Nevada, Reno, a Master’s in Education also from UNR, and after teaching 7th grade science for 2 years, will be teaching high school biology and chemistry in Henderson, NV next year.  My daughter graduated with her BS in Mathematic s from Carleton College a couple years ago, then went to a post baccalaureate program in advanced math at Iowa State University for a year.  She is now a National Security Intern at the Pacific Northwest National Laboratory in Seattle, WA.  I am an avid runner, having completed 14 marathons and 24 half-marathons in the last 12 years.