Thank you! Your submission has been received!
Oops! Something went wrong while submitting the form.
Home Academics Seth Churchman, M.S. 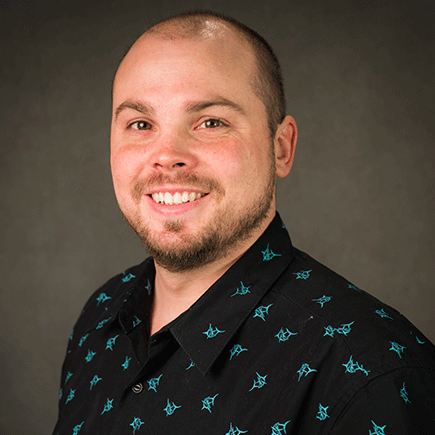 I graduated from Coronado High School in Henderson, Nevada, in 2003. I ventured out into the world and eventually got a job parking cars for the Planet Hollywood casino. I met many stars and drove many cars, but something was missing. In 2009, I bid my old life goodbye and started my academic adventure at the College of Southern Nevada. I eventually moved on to the University of Nevada, Las Vegas (UNLV) to study mathematics. 2013 was a big year; in addition to earning my bachelor’s degree in mathematics, I also married my high school crush, Ashleigh—the happiest day of my life! I continued my studies at UNLV and in 2015 earned a master’s degree in mathematics with an emphasis in teaching. I began teaching at Nevada State College in 2014, and have loved the classroom ever since. My current focus is to maintain, reinforce, and improve the foundational and first-year math experiences for all students at Nevada State.
I spend most of my free time brushing up on math and computer coding skills, playing the occasional board game or video game, and spending time with my wife and two dogs.