Thank you! Your submission has been received!
Oops! Something went wrong while submitting the form.
05.25.16 | Campus News

Nevada State College hosted its annual commencement ceremony at 7 p.m. on Saturday, May 7, at the Henderson Pavilion.
This year, the college held its largest commencement ceremony ever, with 403 graduates. Nevada State College has nearly doubled the size of its graduating classes over the past five years, having a graduating class of 211 in 2011 and growing to 265 in 2012, 299 in 2013, 349 in 2014 and 389 last year.
With the addition of this year’s graduates, more than 3,000 students have graduated from Nevada State College since its first commencement ceremony in 2004.
“I am honored to present degrees to this year’s graduating class,” said Nevada State College President Bart Patterson. “These students come from all walks of life, but all have the same goals –to work hard, obtain a degree, and begin a successful career that allows them to be the difference in their community. I am pleased that Nevada State College was able to help them achieve their goals and prepare them for greatness in their chosen careers, not only with stellar instruction but with the amenities and resources of our newly-expanded campus.”
At the commencement, Nevada State College bestowed a Regents’ Scholar Award to student standout, Juana Ivette Garcia, and three President’s Medals to distinguished local leaders and philanthropists who have shown extraordinary commitment to the school’s mission. The 2016 President’s Medal recipients are:  Fred Gibson, Jr., John Gibson, and Otto Merida.
The 2016 Regents’ Scholar Award recipient is Juana Ivette Garcia.
Juana Ivette Garcia
Juana Ivette Garcia embodies the ideas of Nevada State College through her tireless dedication to research. Garcia is receiving a bachelor’s degree in biology with a minor in chemistry. She has been notified of being a top Ph.D. candidate for the University of Minnesota’s medicinal chemistry program. During the past two years, Garcia participated in the Nevada Idea Network of Biomedical Research Excellence, Experimental Program to Stimulate Competitive Research, and other research opportunity programs. During her studies at Nevada State College, she conducted extensive research on nucleophilic aromatic substitution, which was highlighted in multiple publications and conferences.
The 2016 President’s Medal recipients are:  Fred Gibson, Jr., John Gibson, and Otto Merida.
Fred Gibson, Jr.
A life-long supporter of education in Nevada, Fred Gibson, Jr. is passionately involved in education at all levels. He served as CEO, chairman of the board, and president of AMPAC (a packaging solutions company) and its subsidiaries from 1985 to 1997. Prior to that, Gibson served as chairman, president, and CEO of Pacific Engineering Production Company of Nevada. He has received numerous awards, including the Distinguished Nevadan Award from the Nevada Board of Regents, an honorary doctorate from the University of Nevada, Reno, NASA’s Distinguished Public Service Medal, and the Desert Research Institute President’s Medal.
John Gibson
After a successful 28-year career in the steel industry, John Gibson joined AMPAC in 1992 as vice president and served as CEO starting in 1997 until his retirement in 2009. He is a veteran of the U.S. Army Reserve. Gibson now serves as president and chairman of the Keystone Corporation, a political action organization. He also serves on the executive committee of the Nevada Taxpayers Association. Additionally, Gibson is a member of the Nevada State College Foundation Board, and he sits on the advisory committees for the School of Science at UNR and the Howard R. Hughes College of Engineering at the University of Nevada, Las Vegas. He is a recipient of the NASA Distinguished Public Service Medal and the Louis T. Benezet Award at Colorado College.
Otto Merida
Born in Havana, Cuba, Otto Merida came to America as a political refugee in 1961. He made his way to Las Vegas in 1974, where he worked for the Nevada Department of Education and the Comprehensive Employment and Training Program. In the late 1970s, Merida helped establish the Las Vegas Latin Chamber of Commerce, which has grown to 1,500 members today. Merida is a former chairman of the Las Vegas Housing Authority, past board member of the State Public Works Board and now serves as a governor’s appointee on the Nevada Commission on Economic Development. 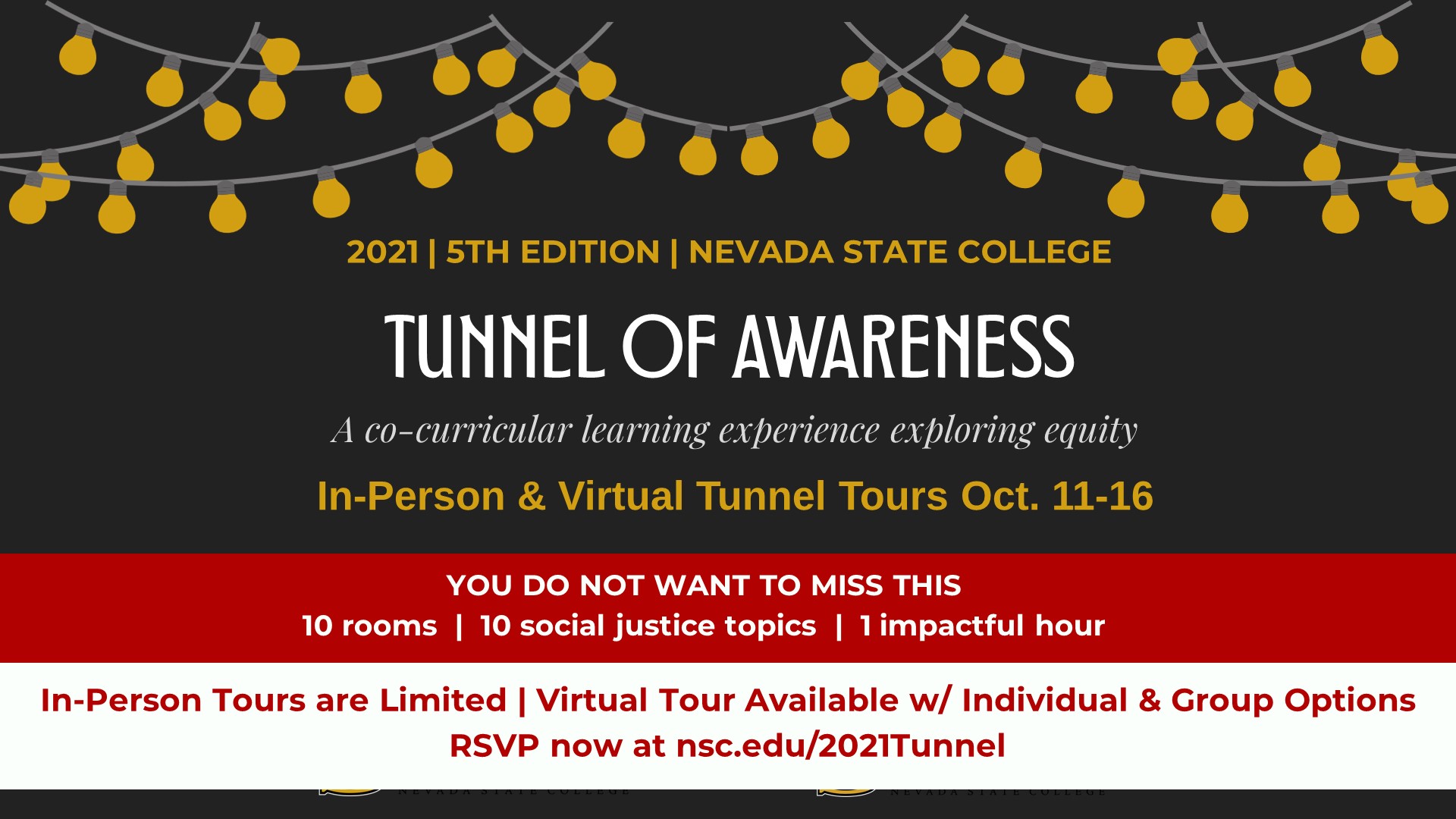 Join Nevada State College for its 5th Tunnel of Awareness, which is taking place October 11-16, 2021 at the Rogers Student Center. This year, participants will have a variety of Tunnel Experience c

Dear Campus Community, Nevada’s State Board of Health today voted to require a COVID-19 vaccine for Nevada’s public higher education student population. As they are Nevada’s medical and scienc