Thank you! Your submission has been received!
Oops! Something went wrong while submitting the form.
07.22.19 | Campus News

Nevada State College has announced its major donors to the “Teachers Now” campaign to help fund a new school of education building as well as education programs and scholarships. Glenn and Ande Christenson have donated $5 million, the second largest gift in College history. Bob and Alison Kasner have donated $2.5 million, the third largest gift in College history.* These landmark contributions to the institution in the form of outright gifts and written pledges provided the core funds for the $6 million match required for legislative approval of the new education building. The funds also will be used for education programs and scholarships.

Following Gov. Steve Sisolak’s approval of Assembly Bill 541, which provides $55.9 million for the construction of the 65,000-square-foot education building, the Nevada System of Higher Education (NSHE) Board of Regents approved the College’s request to officially name the building the Glenn and Ande Christenson School of Education Building in recognition of their generous gift. The Board of Regents also approved the renaming of the current Nursing, Science and Education Building on the Henderson campus to the Bob and Alison Kasner Academic Building. The building was originally completed in 2015 and was funded by student fees.

“The entire Nevada State College community is extremely grateful to the Christensons and the Kasners. Both long-time Henderson families have played major roles in the creation of the College and in volunteering to support it on various boards and councils,” said Nevada State College President Bart Patterson. “They have been resolute throughout their careers about the importance of quality teachers and education. We would not have been able to make the tremendous strides we have without the unwavering support from both of these families and we are proud to have their names cemented on our campus.”

“On behalf of the NSHE Board of Regents, I would like to express our thanks to the Christenson and Kasner families and all those who have contributed to the “Teachers Now” campaign, as well as the legislators and Gov. Sisolak, for providing the funding to bring this project to life,” said NSHE Board of Regents Chair Jason Geddes. “This new building will allow Nevada State College to substantially grow its capacity in preparing the next generation of educators who will serve in Nevada schools.”

The Glenn and Ande Christenson School of Education Building will change the face of education in Southern Nevada by helping to prepare more teachers to serve in Nevada K-12 schools. It will include classrooms, offices and study space, as well as a Speech Pathology Lab and an Early Childhood Education Center – both of which will provide Nevada State students with immersive learning opportunities and provide needed services to the community. In an economic impact analysis authored by Applied Analysis, it is estimated the new building will support 53 jobs both directly and indirectly, and increase the school’s number of graduates qualified to teach in Clark County from 82 in 2019-20 to 401 in 2025-26. The building is scheduled to break ground in November 2019 and will be ready for classes starting in fall 2021.

“This building will provide jobs. The programs that come with it will provide much needed services to the community. Most importantly, it will create an influx of highly skilled, highly qualified teachers, speech pathologists, and early childhood caregivers into Southern Nevada at a critical time,” said NSHE Chancellor Thom Reilly.

“It is so important that Nevada recruit and train more of its own teachers,” said Nevada State’s School of Education Dean Dennis Potthoff. “There is an ongoing, persistent shortage of K-12 teachers in our state and as Southern Nevada continues to grow we are going to need more and more high-quality teachers who call this area home. As a community we have to make a large and universal commitment to education. This education building, the support we’ve received from the donors, the state, and this campus, is exactly that type of commitment and I look forward to seeing what our graduates do for the community. I am thankful to all those who have come together to make this a reality.”

Glenn and Ande Christenson are longtime Las Vegans with a passion to provide the opportunity for every student in the community to receive a quality education. Ande, a former second-grade teacher in the Clark County School District (CCSD), currently serves on the Advisory Board of Teach for America and the Development Board for the Inclusive Initiative at Nevada State. Glenn has spent his entire business career in Las Vegas, and for the last seven years has focused on how to enhance the K-12 education delivery system by using successful business practices with a goal to meaningfully improve student outcomes. He has chaired the Las Vegas Education Council, a group formed by the Las Vegas Global Economic Alliance to bring education and business leaders together to begin a dialog about improving student outcomes for K-12 education. He has served as chairman of the Governor’s Spending and Government Efficiency Commission on K-12 Education, chairman of the Community Implementation Council for AB469, chairman of CCSD’s Budget Task Force, and the CCSD Superintendent’s Executive Advisory Committees. Nevada State College awarded each Glenn and Ande the President’s Medal in 2011 and 2014, respectively.

Bob and Alison Kasner are long-standing Henderson residents who share a passion to help Nevada State College students and improve education. Bob’s career included finance director for the City of Henderson and in 1996 co-founding Paragon Asset Management Company. He has served as CCSD director of accounting and was the founding board member on the Henderson Community Foundation and Henderson Historical Society. Alison’s passion for educating students with disabilities was ignited as a freshman at Valley High School, when she went on a field trip to Helen J. Stewart, a CCSD special education school. She later taught at various schools, served as a district-level special education administrator, and concluded her career as the principal at Helen J. Stewart. Bob was part of the original discussion about creating Nevada State College and has served on its President’s Advisory Council. Alison has served on the Nevada State College Foundation board. Nevada State College awarded both Bob and Alison the President’s Medal in 2019.

“Two years ago we embarked on a mission to change the way we deliver teacher education in Nevada with our “Teachers Now” campaign,” said Clark County Commissioner and “Teachers Now” Chair Jim Gibson. “The generous gifts from the Christenson and Kasner families bolstered the initial success of the campaign and ultimately helped us secure the full funding of the education building from the Legislature and Gov. Sisolak. I am incredibly proud to know both the Christensons and the Kasners well, and can personally attest to their commitment to education and the well-being of Southern Nevada.”

Recognizing the need to prepare more educators to serve Southern Nevada, Nevada State College launched the fully donor-driven “Teachers Now” campaign in 2017. With three components—construction of a school of education building, creation of new academic programs in high-need teaching areas, and a robust scholarship program to provide financial support for individuals who choose to pursue a career in K-12 education—the campaign’s progress was bolstered by a series of landmark gifts, including a $500,000 pledge by the City of Henderson. With the building funding approved, the campaign is now in its second stage which is focused on raising funds for education programs and scholarships. For more information or to support the “Teachers Now” campaign, visit nsc.edu/giving.

About Nevada State College
Nevada State College, a four-year public institution, is a member of the Nevada System of Higher Education. Nevada State places a special emphasis on the advancement of a diverse and largely under-served student population. Located on a developing 512-acre campus in the foothills of Henderson, Nevada, the college was established in 2002 as a new tier in the state system between the research universities and the two-year colleges and, as such, is Nevada’s only state college. Nevada State College is the second fastest-growing college in the country and the fastest growing in Nevada. It currently has nearly 5,000 students and more than 600 full- and part-time employees. For more information, visit nsc.edu.

*James and Beverly Rogers, and The Rogers Foundation, have contributed the largest gift in
College history of more than $8 million.  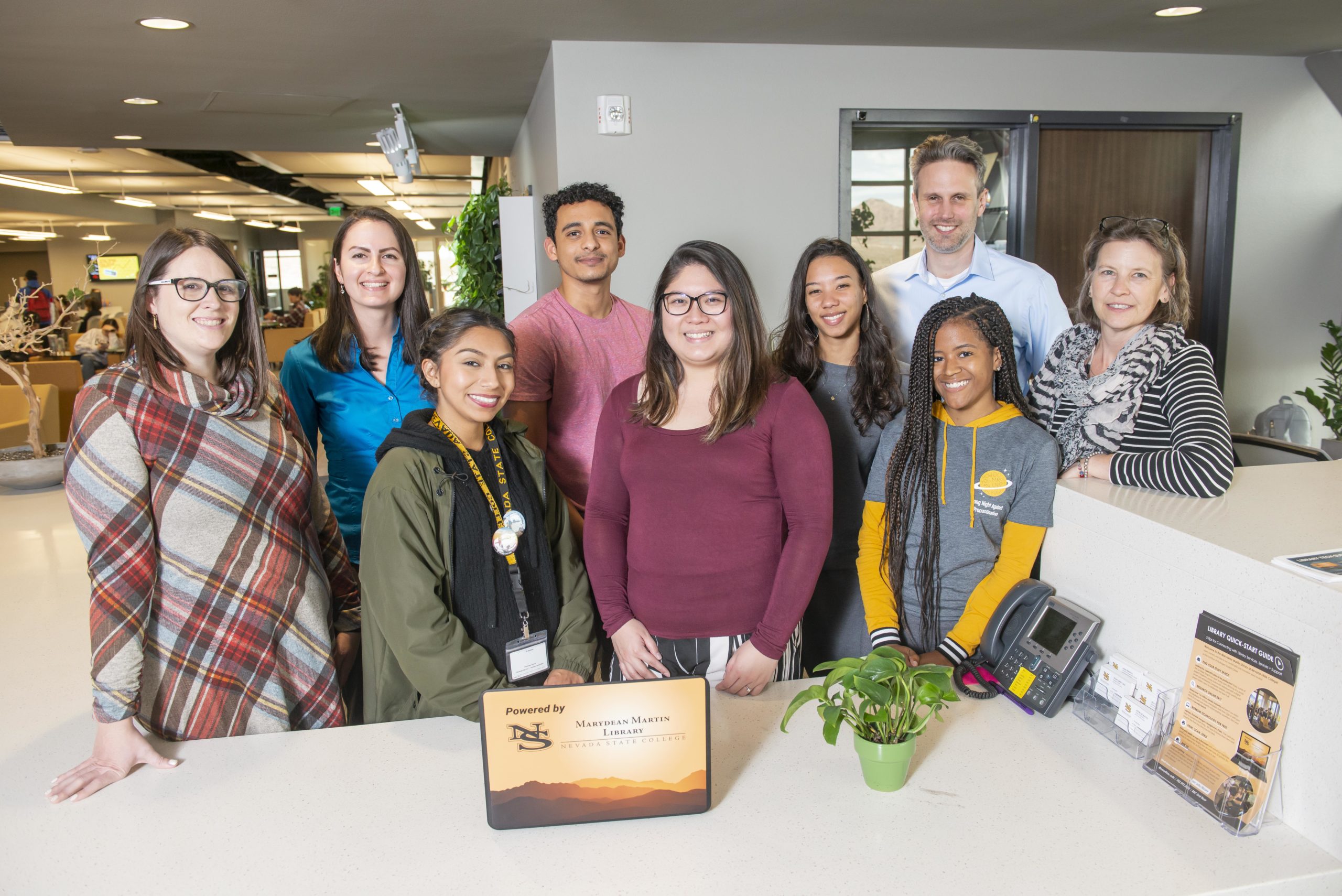 Nevada State College’s Marydean Martin Library has been recognized as a recipient of the 2020 Excellence in Academic Libraries Award by the Association of College and Research Libraries (ACRL). N 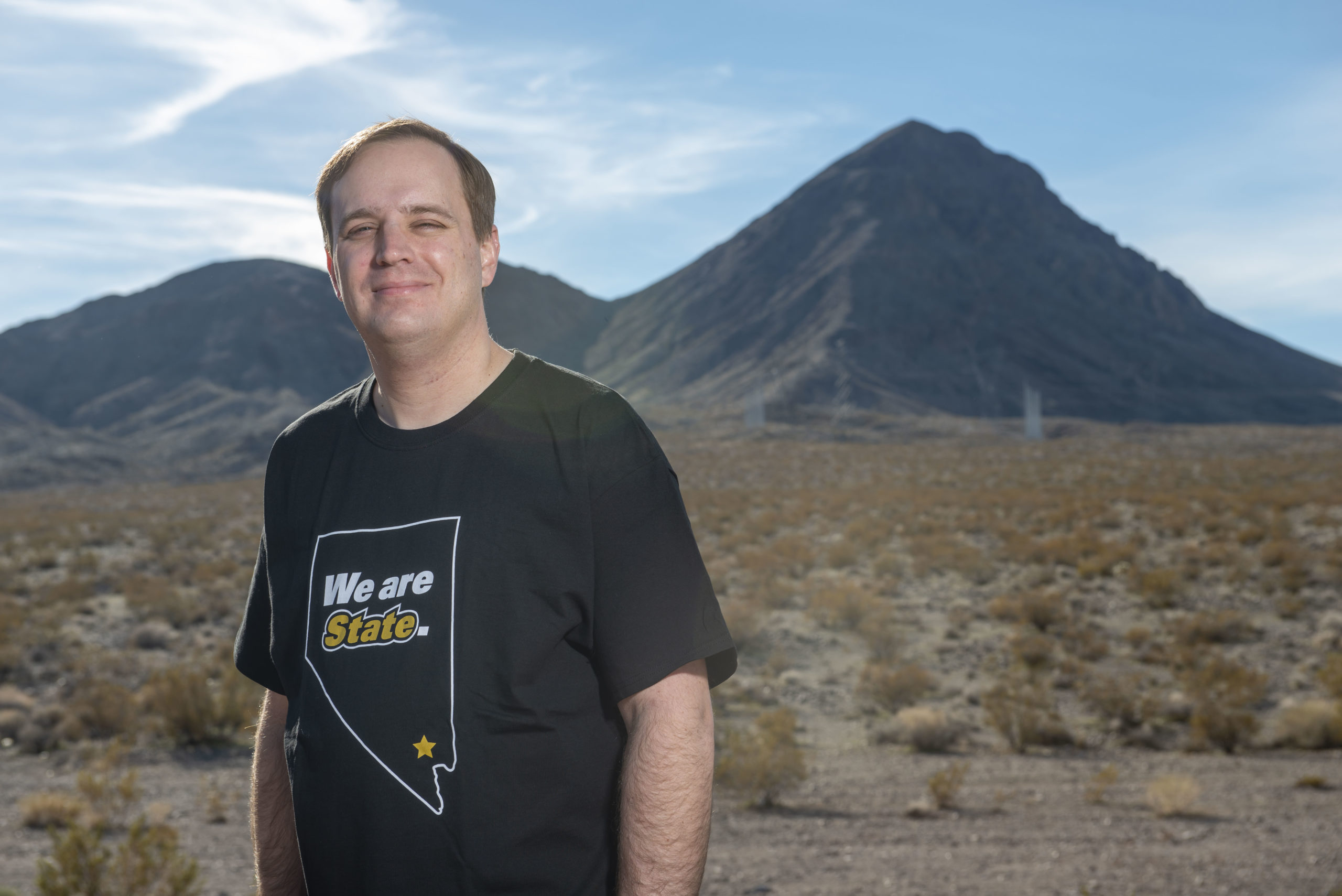 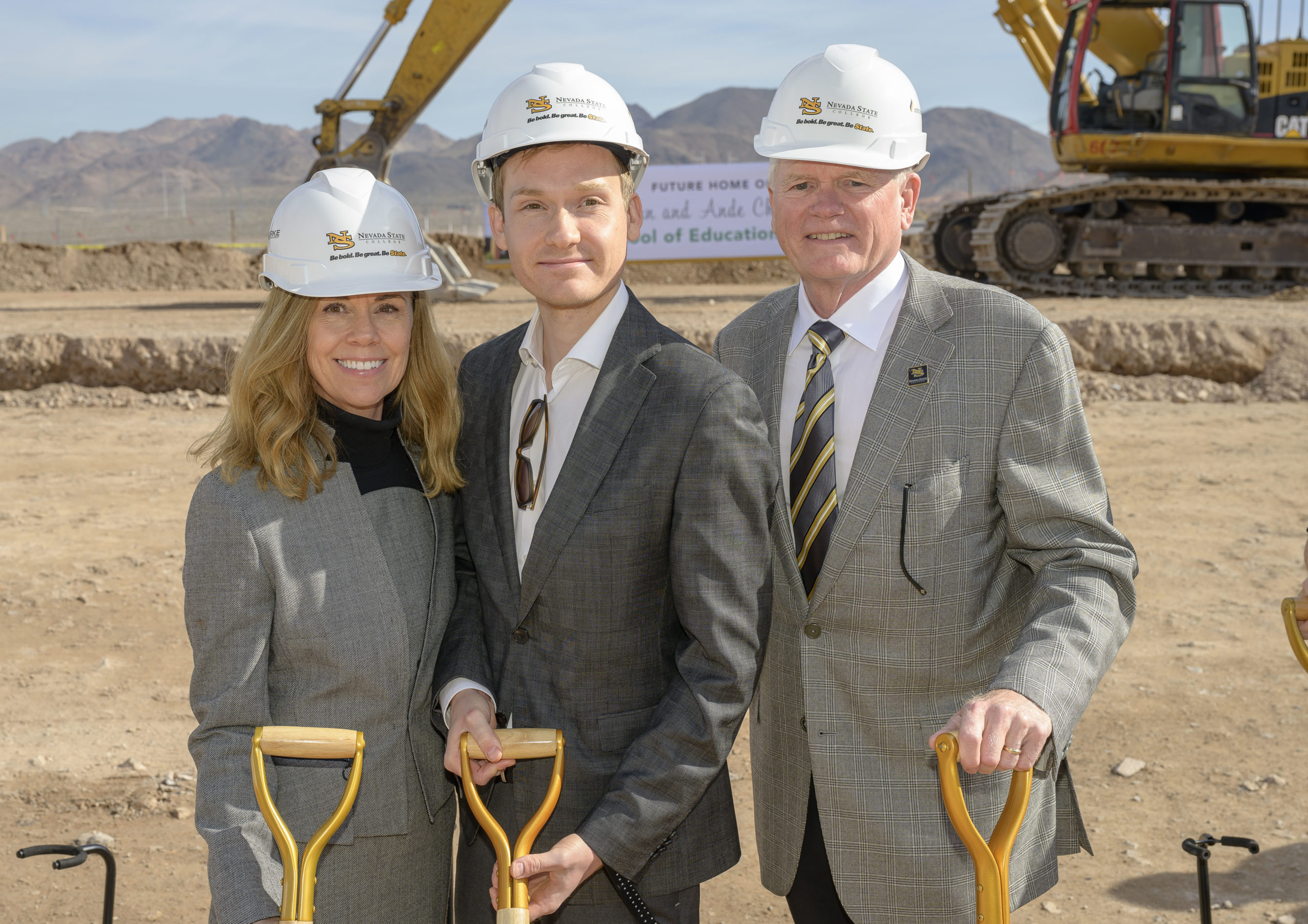 Nevada State College, the second fastest growing college in the nation, hosted a groundbreaking ceremony for its new 65,000-square-foot Glenn and Ande Christenson School of Education Building on Janua